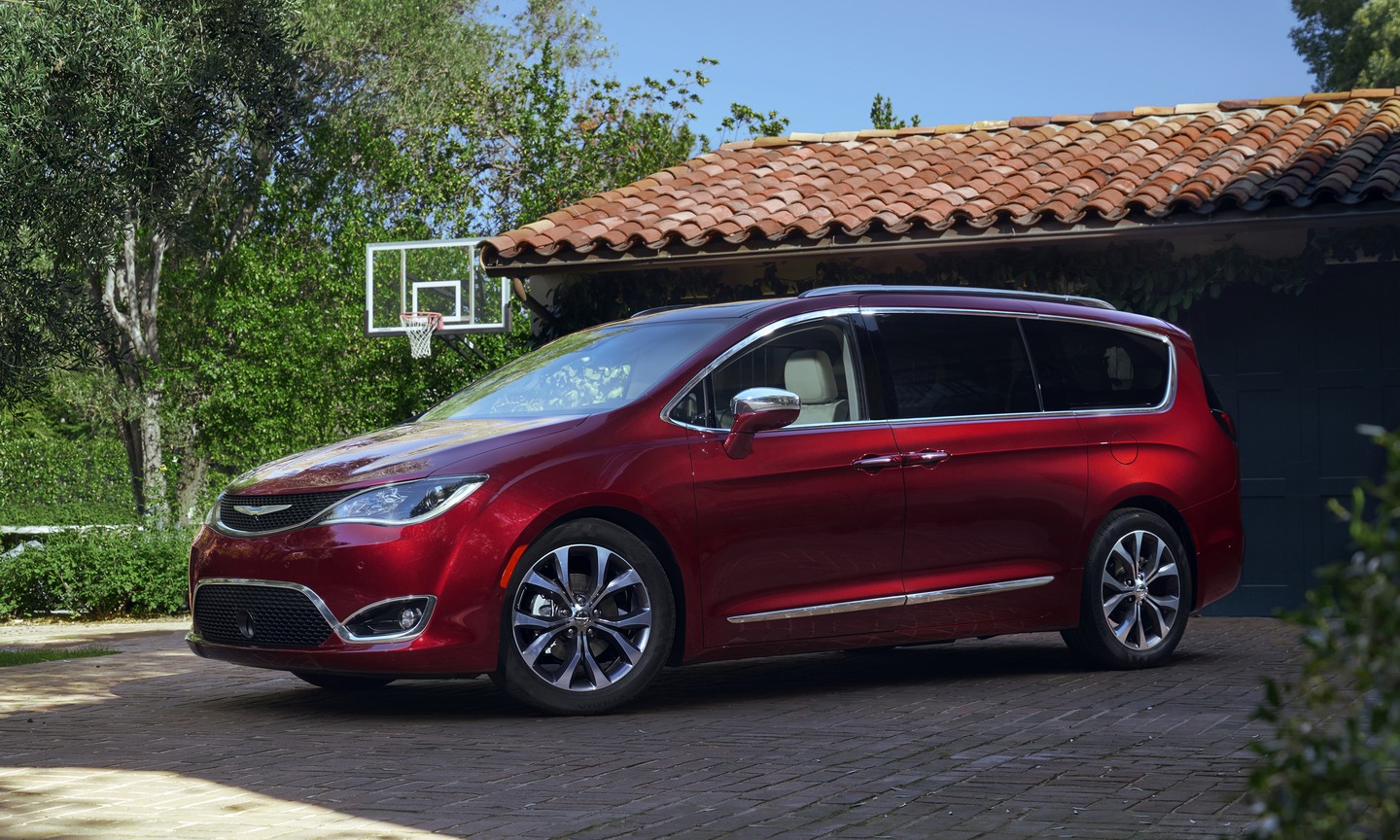 Everything about the 2020 Chrysler Pacifica aims to show that minivans are still relevant in a world of crossovers. And thanks to its handsome styling; spacious and thoughtfully designed interior; and new technology (including a segment-first plug-in hybrid powertrain), it does just that.

The Perfect Ride for...

Drivers who want a minivan for the modern family, not the family of yesteryear. Stylish, practical, and offering something for every member of the family, the Chrysler Pacifica gives the minivan a 21st-century upgrade. Even better, it starts at just $33,745 and is offered with seating for seven or eight, depending on the configuration.* 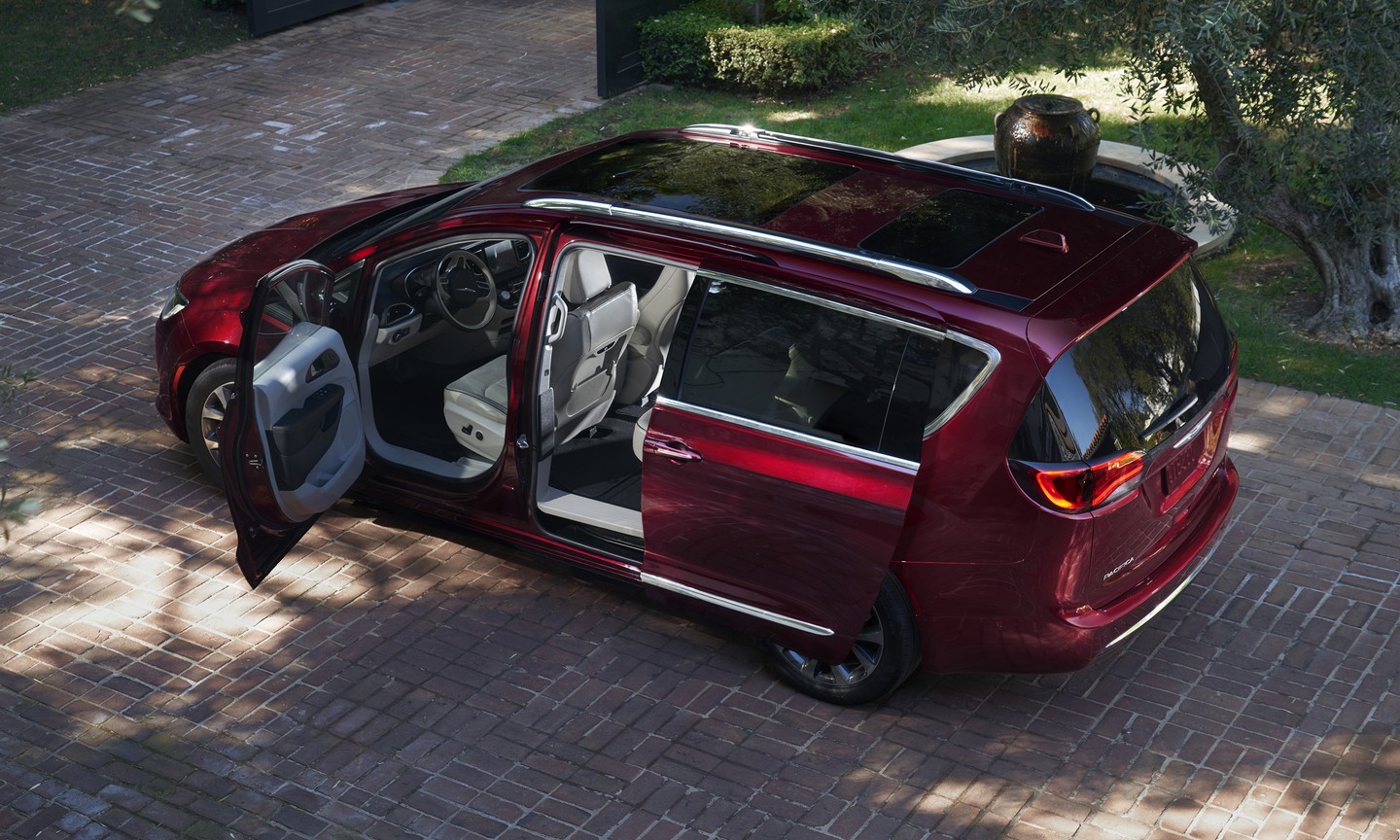 The 2020 Chrysler Pacifica breaks new ground with two class-leading powertrain options, including a potent gasoline V6 and the first-ever plug-in hybrid powertrain or a minivan.

Option one is an upgraded version of Chrysler’s trusty 3.6-liter Pentastar® V6 with efficiency-focused features like exhaust-gas recirculation, engine start-stop, and upgraded variable-valve lift and variable-valve timing systems. The result is 287 horsepower and 262 pound-feet of torque, which makes the Pacifica the most powerful minivan around.

The Pentastar® V6 is coupled to a nine-speed TorqueFlite™ automatic transmission. Having so many gears enables a wide, 9.81 ratio spread for smooth acceleration and a high top gear for better fuel economy. In fact, EPA estimates award the Pacifica with an EPA-estimated 19 city/28 highway mpg rating.**

Despite having so many more gears, Chrysler says the TorqueFlite™ is actually more compact than most six-speed automatic transmissions. It’s also got a nifty “rotary dial” electronic shifter that frees up cabin space and recalls the push-button shifters on Chrysler models from the 1950s. 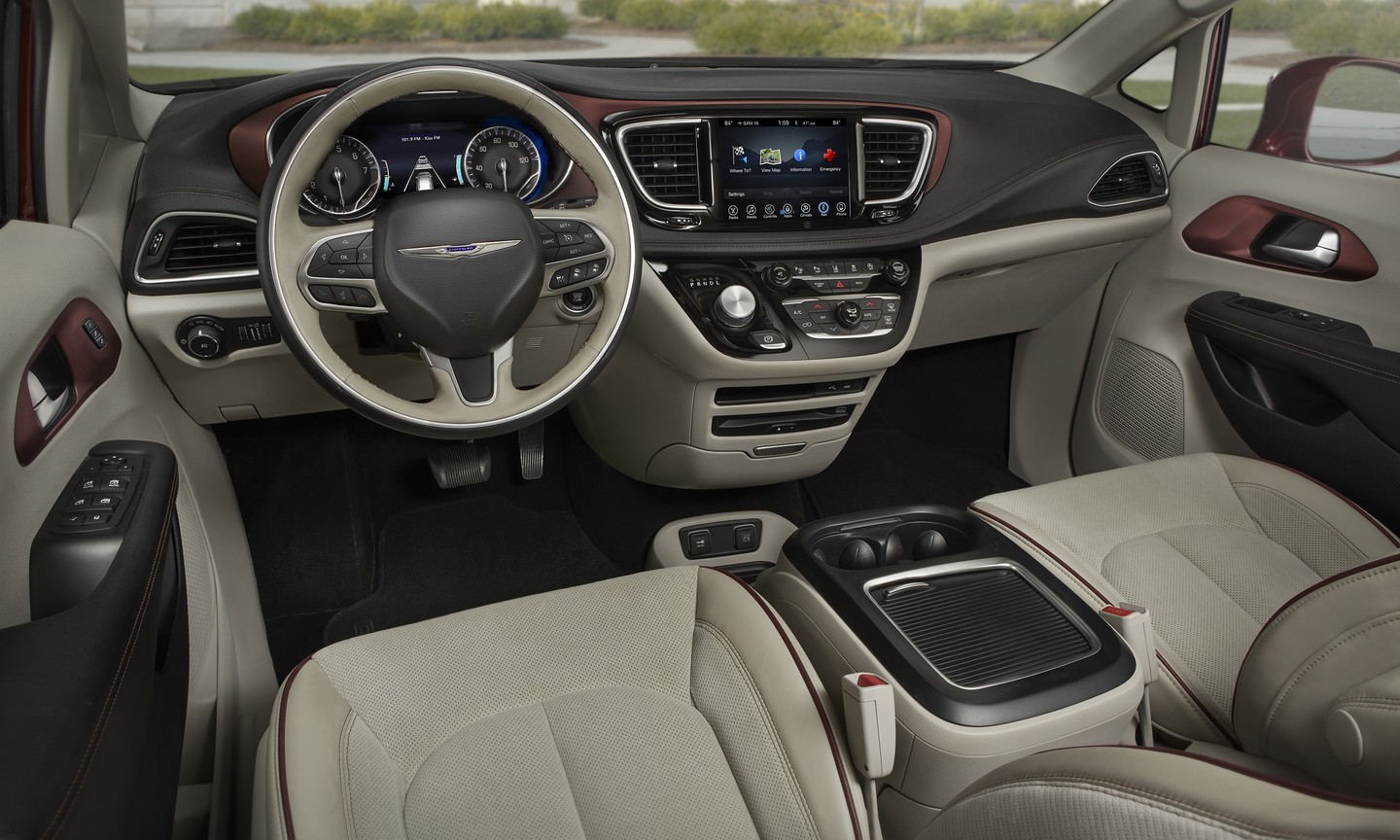 Leave it to the company that invented the minivan to use one of these versatile vehicles as the platform for its first plug-in hybrid powertrain. The Chrysler Pacifica Hybrid uses an Atkinson-cycle version of the 3.6-liter Pentastar® V6, assisted by an “electrically variable transmission” consisting of two electric motors along with a 16-kWh lithium-ion battery pack. Total system output is 260 hp, and Chrysler says the Pacifica Hybrid is able to drive 33 miles on electric power alone.

Chrysler says the battery pack, which is located under the second-row floor, can be recharged in as little as two hours from a 240-volt Level 2 AC source. The Pacifica Hybrid returns an EPA-rated 84 MPGe.** 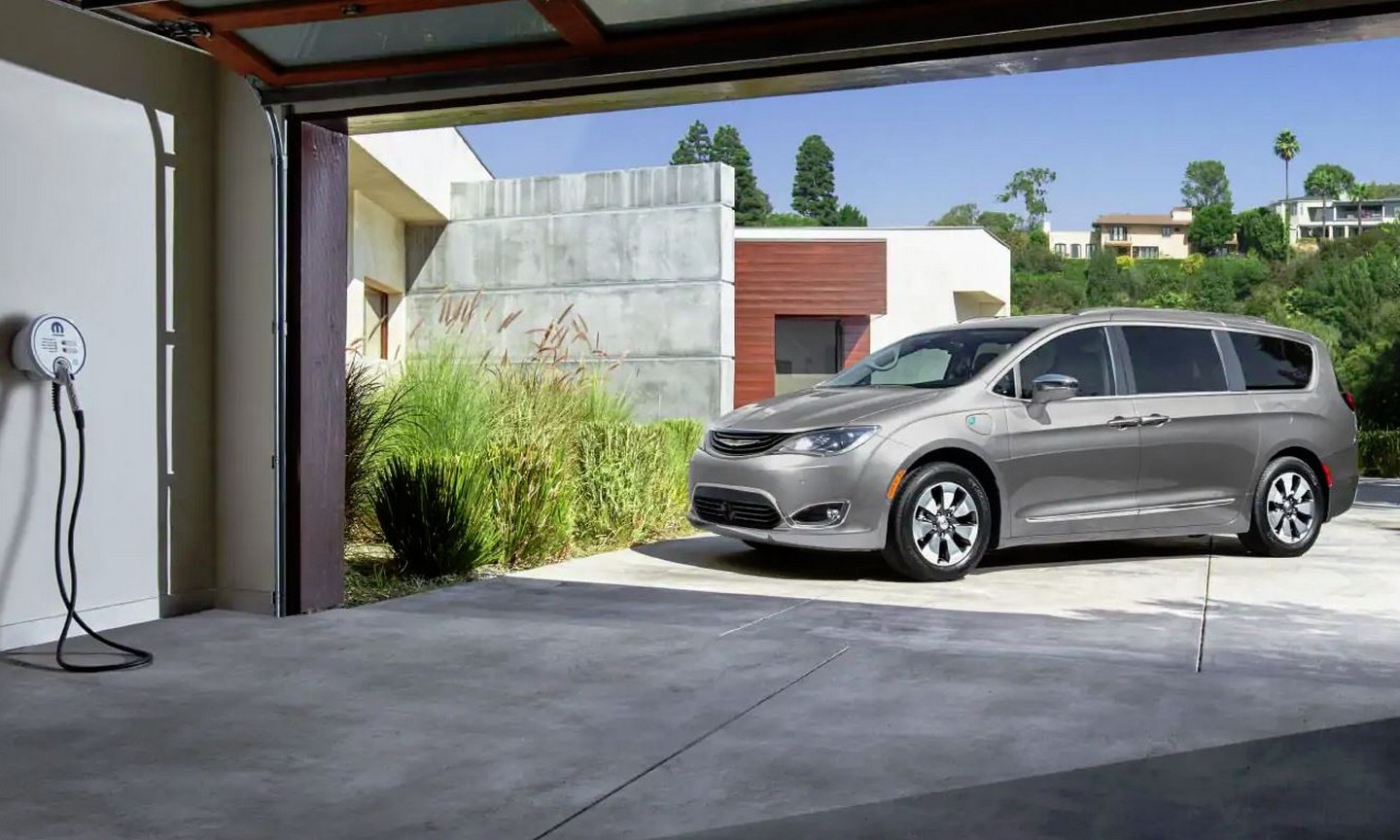 The Chrysler Pacifica goes a long way toward wiping away the stigma around minivans with its stylish exterior. The front fascia has a sleek look borrowed from the 200 sedan, which Chrysler says gives this minivan unrivaled aerodynamic performance. Sculpted sides and hood give the Pacifica a more dynamic appearance, as does the kicked-back rear pillar. The silhouette is also less van-like with a hood distinctly separated from the rest of the body.

The interior is equally stylish, but also quite functional. Chrysler says it was “drawn” horizontally to create a feeling of spaciousness. To de-clutter the dashboard and center console, Chrysler gave the Pacifica a “rotary dial” electronic shifter and consolidated HVAC controls in the headliner. To keep up technologically, the Pacifica also gets a standard gauge cluster TFT display and a center-stack touchscreen, the latter available in 7.0-inch and 8.4-inch sizes.

But what about the main function of a minivan: hauling lots of people? As with previous Chrysler minivans, the Pacifica features the Stow n’ Go system, which allows the seats to fold into pockets in the floor to quickly switch from passenger to cargo hauling. The pockets where the seats stow make for handy storage bins, too. There’s even an available built-in vacuum cleaner. (Chrysler really thought of everything with that one.) 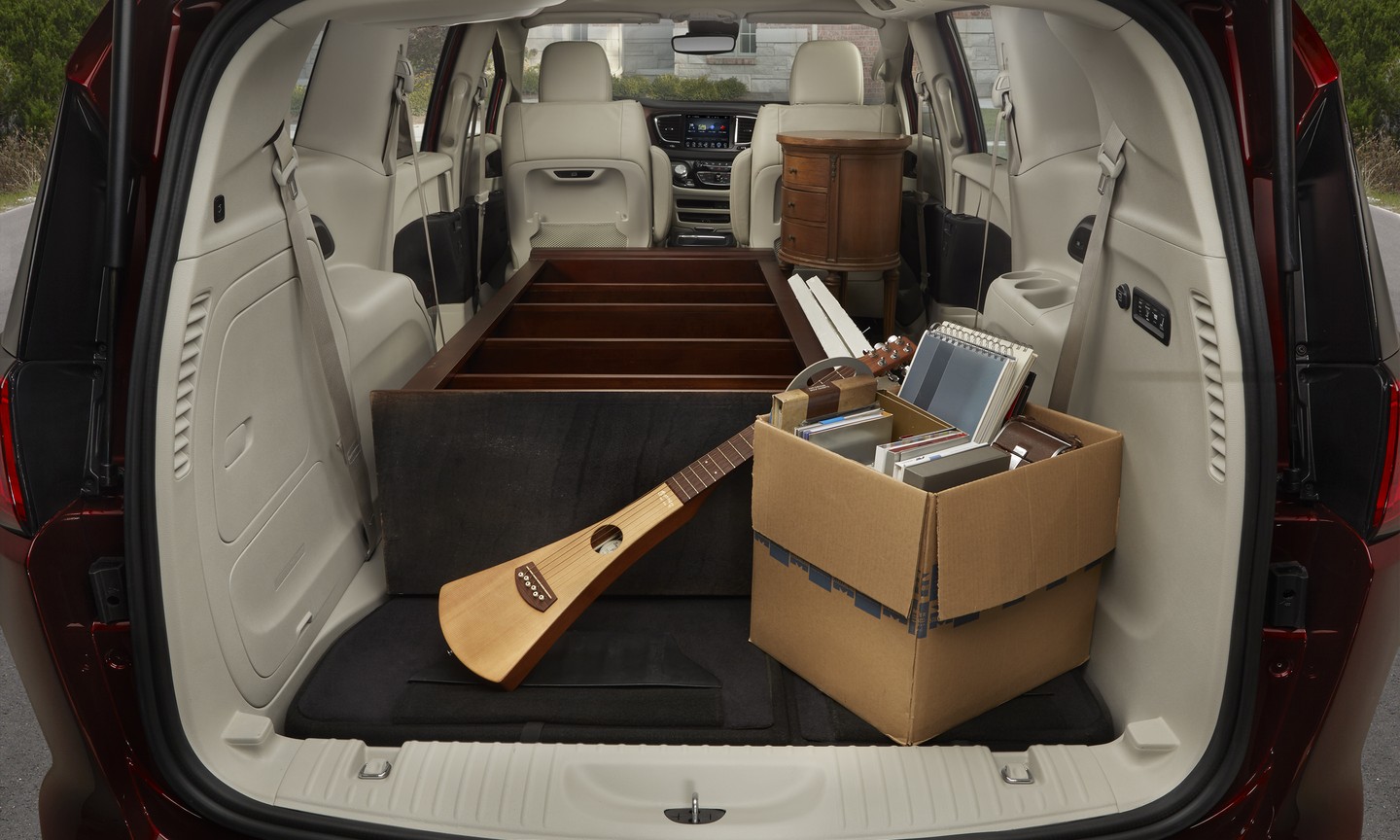 If you're looking for the same Chrysler luxury comfort features in a stately sedan, consider the Chrysler 300. Though the 300 delivers a powerful driving experience, the Dodge Challenger might be a great option to consider if you're looking for a greater focus on tighter handling and less emphasis on interior luxury.

* MSRP excludes destination, taxes, title and registration fees. Starting at price refers to the base model, optional equipment not included. A more expensive model may be shown. Pricing and offers may change at any time without notification. To get full pricing details, see your dealer.

** EPA estimates. Your mileage will vary depending on driving habits and conditions. EPA estimated miles per gallon of gasoline equivalent (MPGe.) Actual mileage may vary.

Stay connected to our dealership!

How Can We Help?

Just fill out the comments section below and submit it to us!

Use the form below to contact us with any questions or comments.